It's about the work, but really it's all about
the right team and venue.

After two sell out shows with Weapon of Choice Gallery and various group shows in Bristol and London I felt it was time to embark on my most ambitious show to date. Anything art related in Bristol tends to fall into two categories; small up-and-coming street art galleries like WOC, Upfest and King of Paint with a strong underground following or more sober, grown up affairs at ‘up-market’ galleries. I sat down with Mike Bennett and Joe Young from See No Evil Gallery to discuss this rather limiting division – what did people really want from a show?

The incredible Art from the New World show at the Bristol City Museum and of course the now infamous Banksy Show at the same venue successfully conjoined art and an event in one but as a result they divided the art world I inhabit – the hardcore guys hated the pretension and the arty crowd disliked the ‘street’ element. 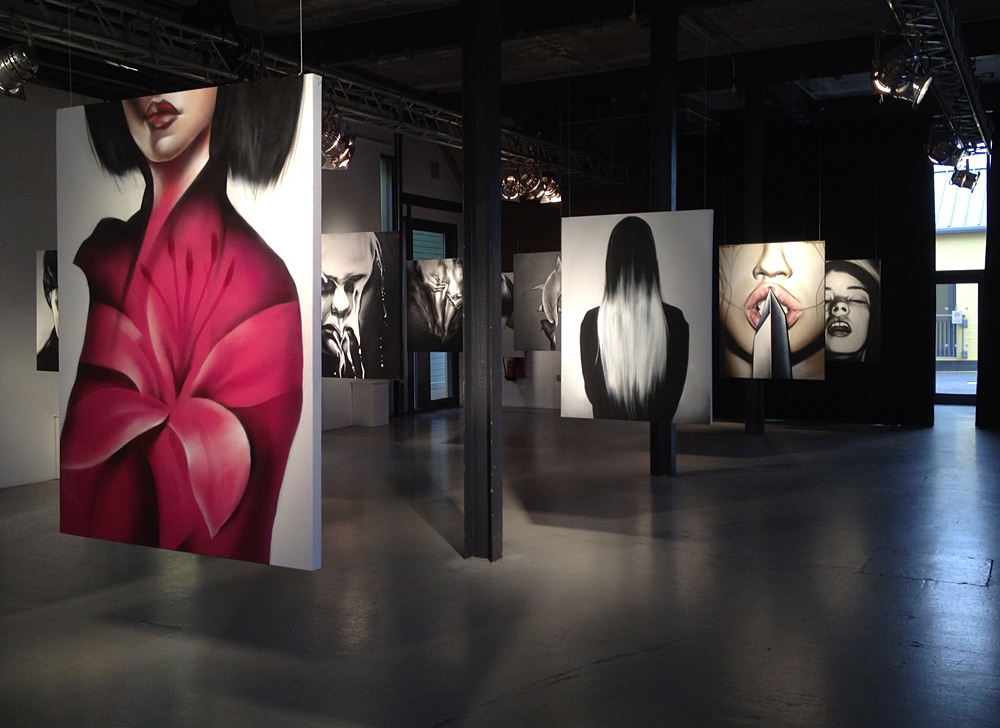 The venue was without doubt the overriding factor that would make or break the event. I was well underway with the work – I knew pretty much where I was headed but a suitable place to create a backdrop for my pieces was crucial. I looked at abandoned warehouses, buildings and even a disused train shed but the question of good facilities, electric and access always came back to nix the project. That’s where the Eventspace Paintworks fitted perfectly; it had the right balance of a warehouse feel and gallery space. The only thing that terrified me was the immensity of the place – it was clear I would have to create 30 pieces to fill it and hang them from the roof trusses in ‘mid-air’ to break the space up.

I recruited an army of people to create and organise this event. Pretty much every member of my family helped out including friends and colleagues. At times it felt like I was planning a wedding. The lighting was supplied by SXS Events which along with the venue made a huge impact to the space – each of the 30 canvasses had an individual lamp creating a pool of light for every piece. It took a team of 4 guys 2 whole days just to setup the lighting rigs – they brought a veritable Cape Canaveral along with them to power the whole show. 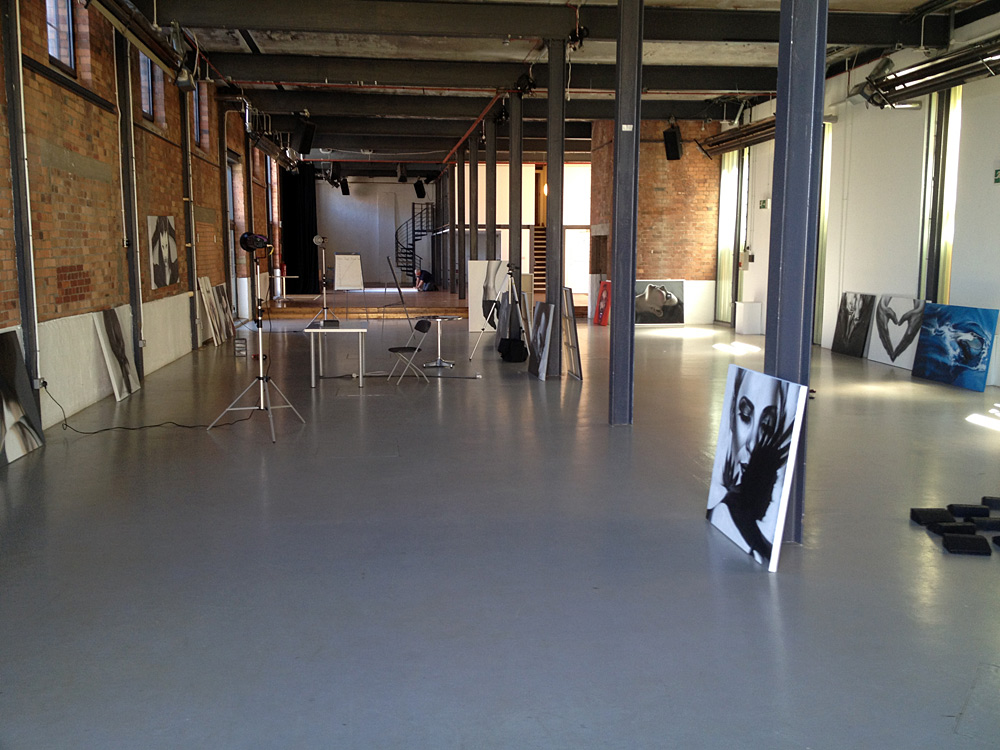 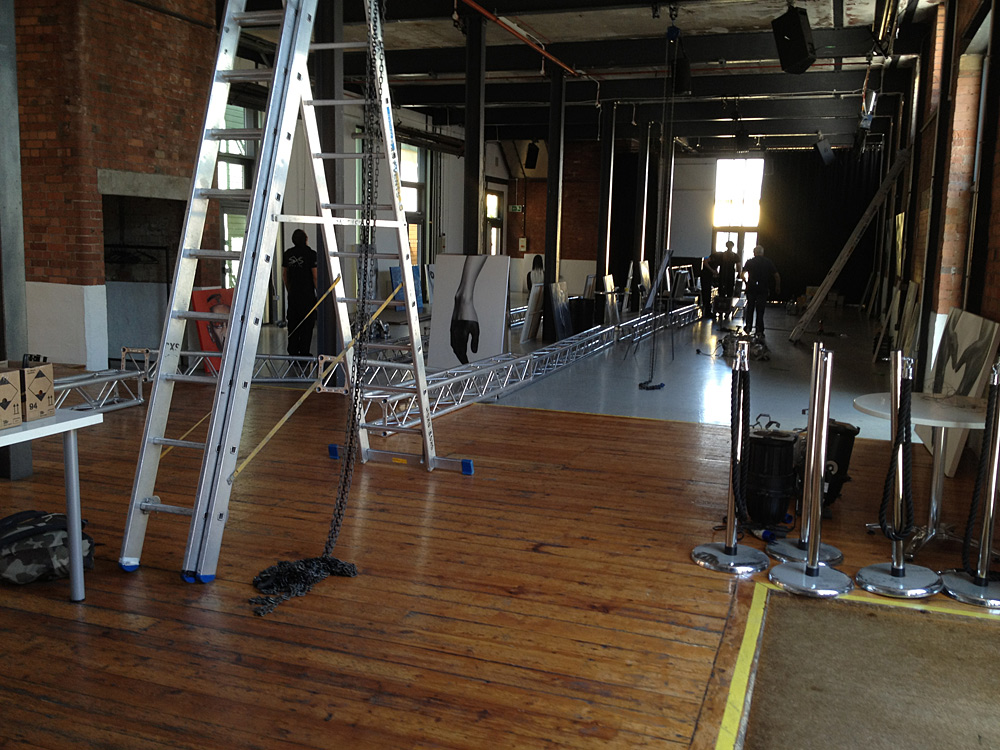 Once the venue was secured I knew I needed to get the word out in an effective way rather than the usual Facebook event and flyers routine. I wanted to make an impact and the only way I knew I could catch peoples attention would be to create a video promo. I’d seen it done by a few other artists in the States and I’d been toying with a video installation idea based on a piece that I had lined up to put into the show. I drafted in Jon Davey, a longtime graffiti scene collaborator and one man Hollywood production unit.

I was very clear in my mind with the overall look and feel that I wanted to achieve – if we couldn’t produce it between us we wouldn’t do it. I had found the track I wanted to use and got copyright clearance from the record company and had sketched a rough storyboard out using cues from the music track to edit the visuals against it.

We shot it over 2 days at the Paintworks and then spent a week editing it at my office – there are some very neat digital effects that Jon employed to remove unwanted background visual clutter and people in the time-lapse sequences etc. and some really sharp motion control for the dials on the reel-to-reel we couldn’t get working on the day so we re-shot that footage a week later in my studio then patched it back in during the editing process. The main bulk of work consisted of nearly 2 days solid of motion control tracking for my eye reveal at the end – 148 separate frames had to be hand painted in Adobe After Effects tracked to the exact movement of my head. 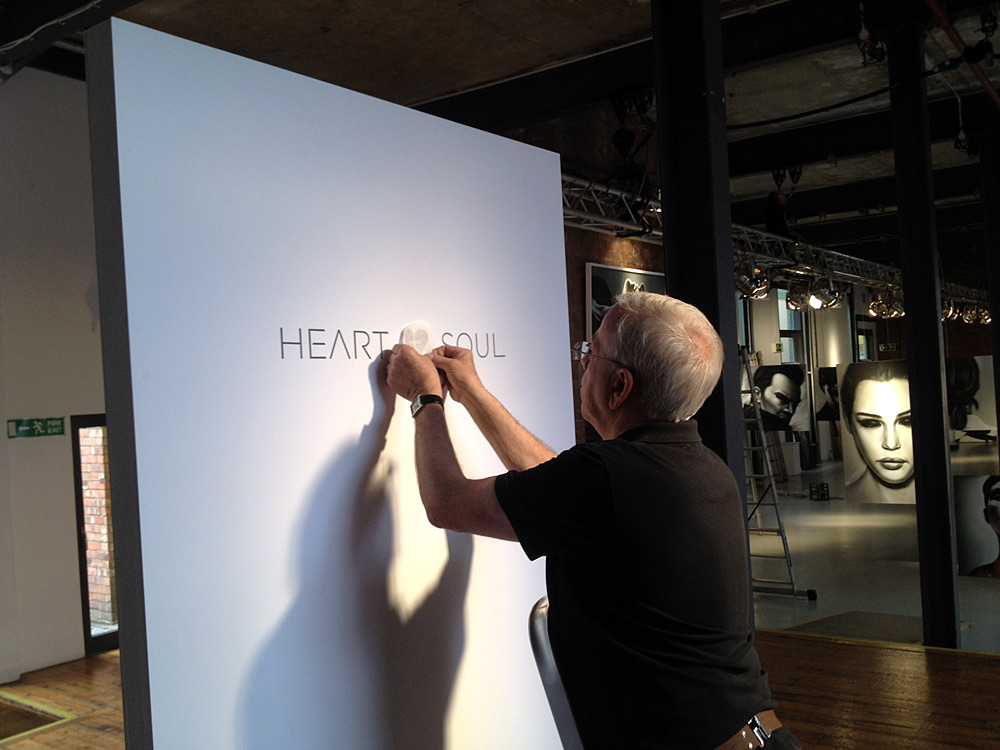 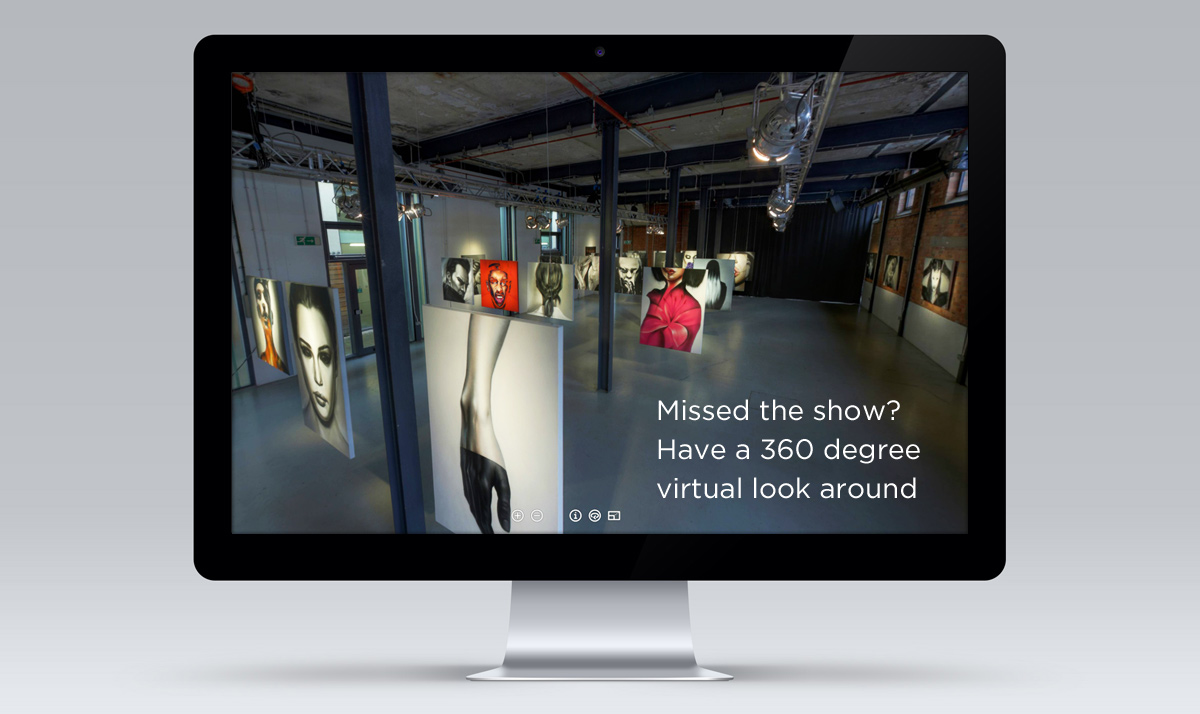 I'm a Bristol based Art Director & Artist. I specialise in Branding, Identity and Digital communications. I also paint photo realistic murals and exhibit my work around the World.

Have an interesting project to talk about, or you're starting up a new company and need advice on your brand? Drop me a line.

Sorry, no Tweets were found.