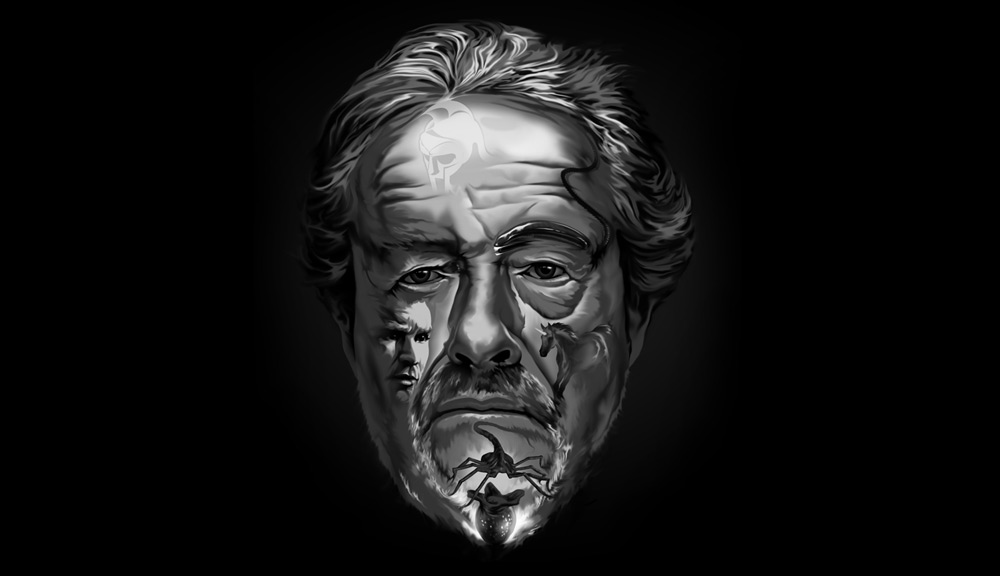 I’m always a little reticent to get involved with collaborations or ‘colabs’ as they say rather irritatingly these days. This one felt very different though.

I was approached by Mike Bennett from See No Evil Gallery to discuss a new project based loosely on the US movie poster site Mondo – probably the best site out there for beautifully curated and produced limited edition film-based posters. He got together half a dozen film obsessed artists and illustrators from Bristol together to talk film, design and illustration over many a glass of wine and beer to create a UK based film poster collective ‘Friend & Foe’.

This was a tricky one for me as I had no end of ideas for posters – but the execution alluded me. I’m not an illustrator I found out. At one end of the spectrum I’m a designer, the other an artist. I found it incredibly hard to find a middle ground and spent days experimenting finally settling on a digital style that mimics my spray painting style. Sometimes you have to go with what feels natural.

My first series are based around Film Directors rather than the films themselves. An easy choice for me was of course Ridley Scott – combining a strong portrait of him with several elements of a few of my favorite films by him. I also made a short movie to show the underlying process. The limited edition print of this first piece will be up for sale soon. Take a look.

from Jody on Vimeo.

I'm a Bristol based Art Director & Artist. I specialise in Branding, Identity and Digital communications. I also paint photo realistic murals and exhibit my work around the World.

Have an interesting project to talk about, or you're starting up a new company and need advice on your brand? Drop me a line.

Sorry, no Tweets were found.